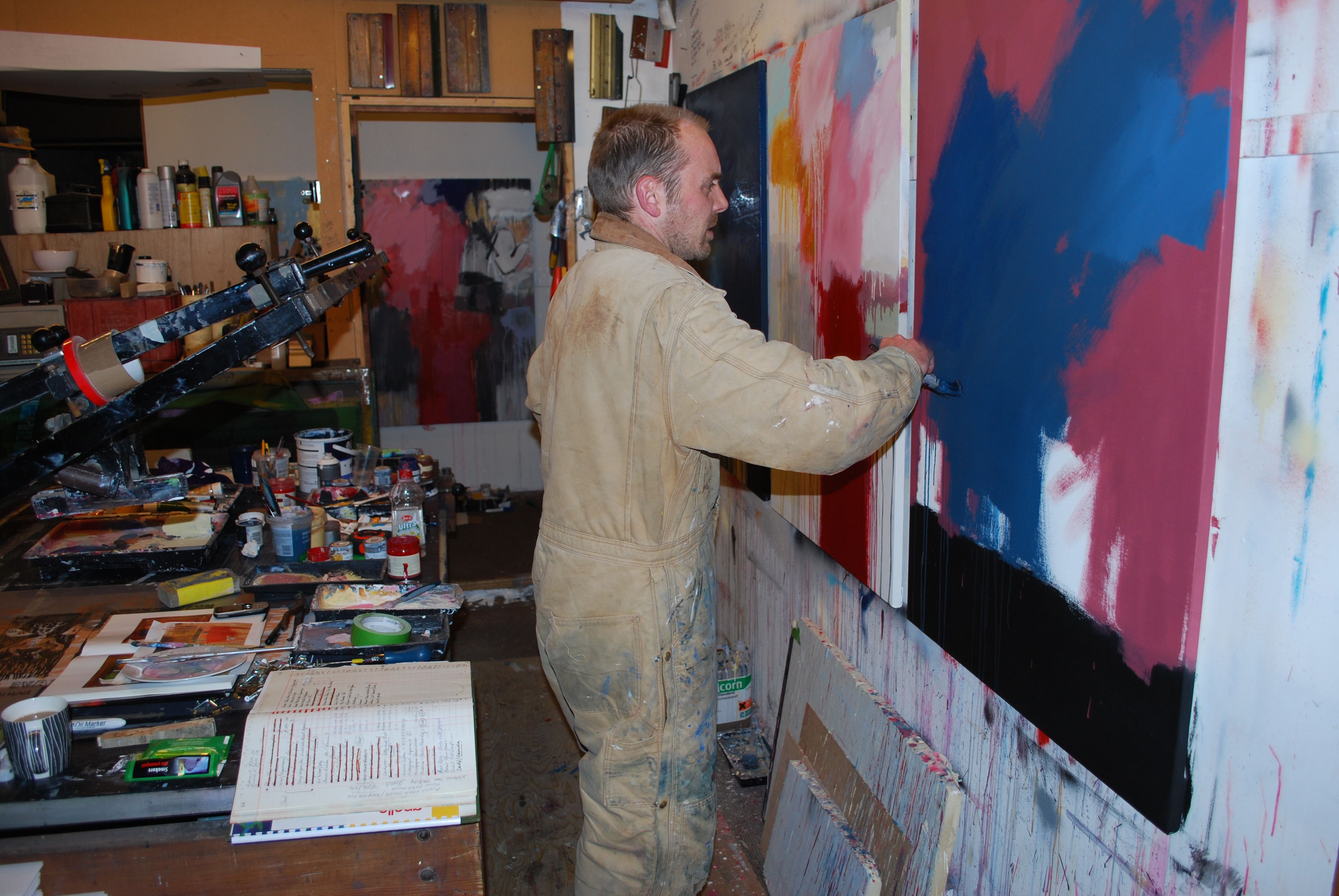 As the first instalment of our new Guest Blogger series we invited Bristol-based artist Jim Starr who is currently exhibiting at The Square – to tell us a little more about how his art practice has developed and share a few photos with us of his work and studio. Jim comments:

Almost 20 years of screen printing, painting and drawing and 30 years of watching birds and enjoying wild places has inspired my exhibition at The Square. Whilst studying at Art College in London I managed to fit in several overseas trips as an expedition artist. My interest in the outdoors ran parallel with my life in the city. Initially training as an illustrator and specialising in screen printing I was heavily influenced by Andy Warhol and Robert Raushenberg and many other painter-printmakers. For the last 15 years I have mined a rich seam of pop culture and street influences. 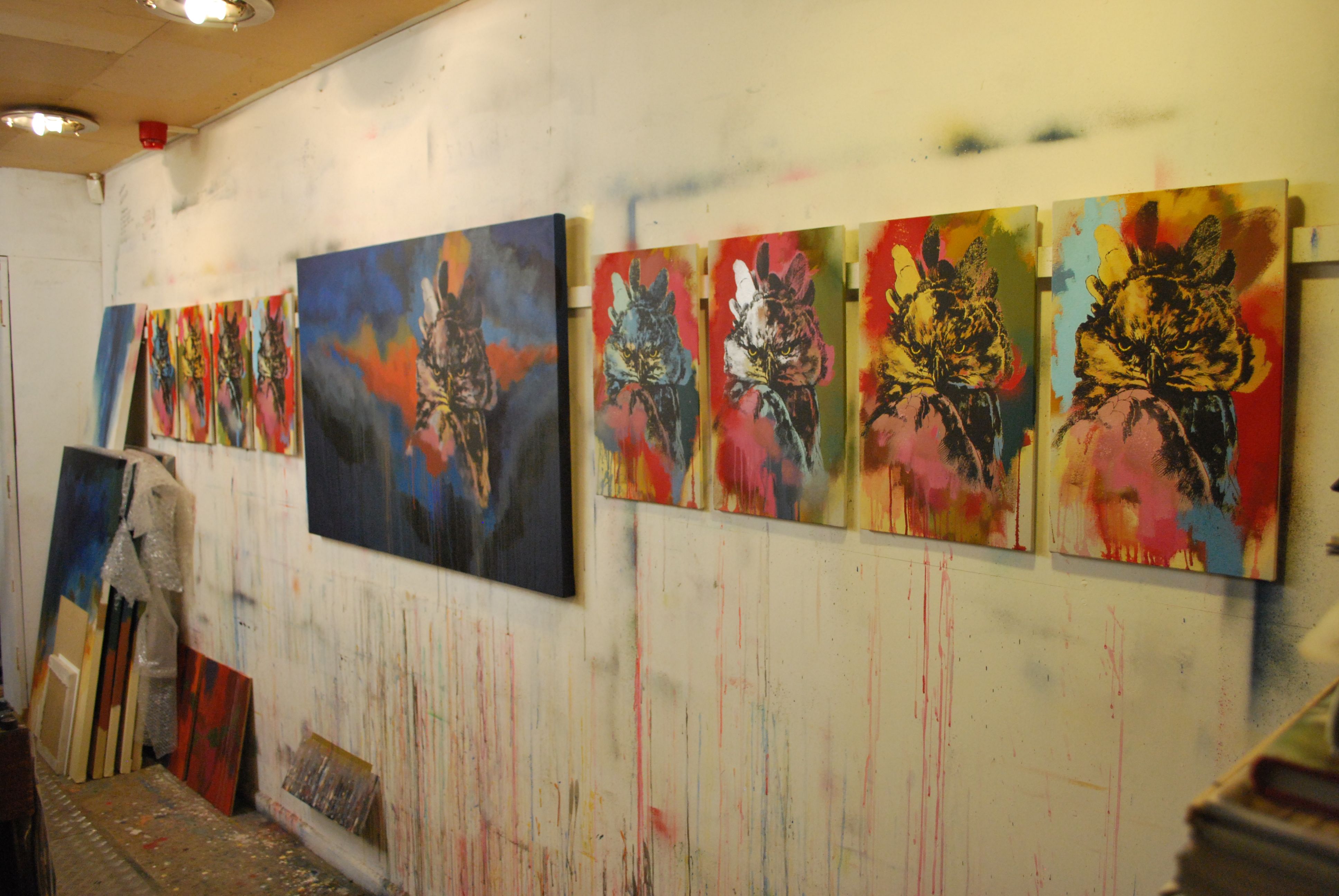 The works in my ‘Birds of Paradise’ series are massive change in direction brought about partly by a large commission in London last year and a reconnection with the outdoors more recently. The commission forced me to abandon printmaking and go back to painting. The more frequent weekends away in wild places and more time spent in nature made me question the content of the work. Overwhelmed by the flat expanse of the Thames ( often grey and muddy) I started to look towards the edges of the river –  the wildlife: Herons, Gulls and Cormorants. Light and mood took over from the usual content of flat (but bright) colours and graphic elements of earlier work. The size of the pieces made the paintings more loose and painterly. Instead of looking at contemporary work I found myself looking back at Turner, Whistler and Monet. 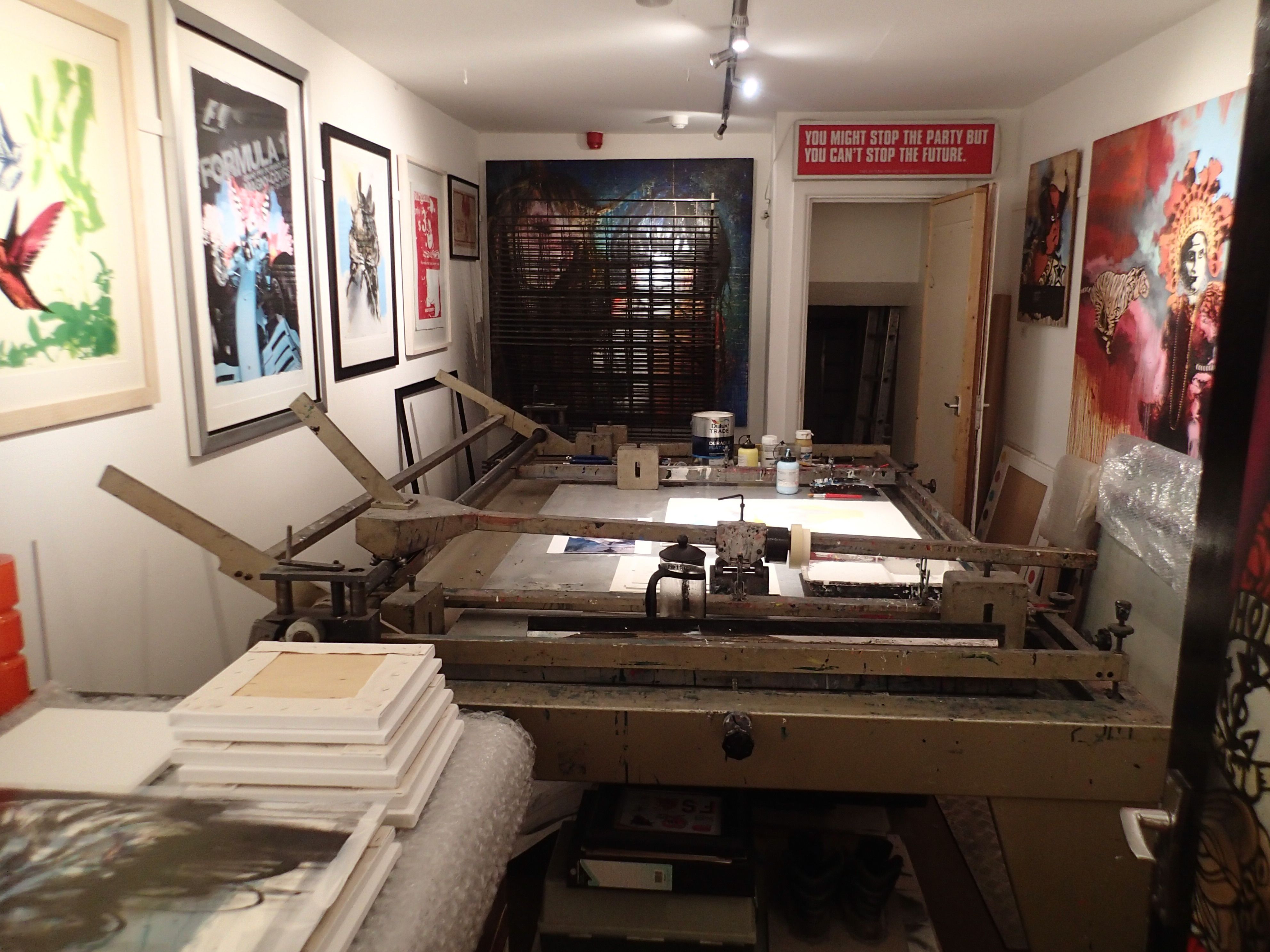 I started to look closer again at birds. Their shape, feel and character and the hundreds and thousands of possibilities they present for making paintings. Herons – elegant when perched or resting and sometimes ungainly and comical on the move. Birds of prey – ‘ top guns ‘ of the avian world, evolved to perfection, sleek in flight and regal when at roost.

Also featuring in The Square show are a series of portraits of friends in Bristol. Having always loved science fiction, fantasy art and film I created a series of masked figures. Again the initial inspiration was fired by a commission, this time in the form of a Medusa – based loosely on a version of an earlier piece called Venice Princess. A trip to Venice several years ago and research into the Carnival provided a rich source of material for these pieces. The final portraits are a composite of abstract painting and photographic screen-printed contortion.

From 2000 to 2008 my pieces were heavily inspired by ‘Pop’ using flat patches of bright colour contrasting with areas of sharp printed imagery. From 2008 onwards I started to work on more epic scale supports with household paints and spray cans. These developments coincided with my moving away from illustration and commercial printing onto more self-initiated themes.

The palette I used became softer and more subtle and the screen-printed elements of my work became more experimental and less reliant on ‘found’ imagery. Working directly with close friends as models I embarked on a series of portraits which were exhibited in 2012. Those images have proved to be a rich source of material and have been repeatedly reworked and refined into many new, finished pieces. These later works are an alluring suspension existing between the figurative and the abstract. They have an unconstrained luxurious application of paint relying on drips and splatters and ‘happy accidents’. The final image is a composite of abstract painting and photographic contortion. Each paint layer or print mark undergoes a process of destruction, addition and editing until a final outcome is achieved – organic serendipity! 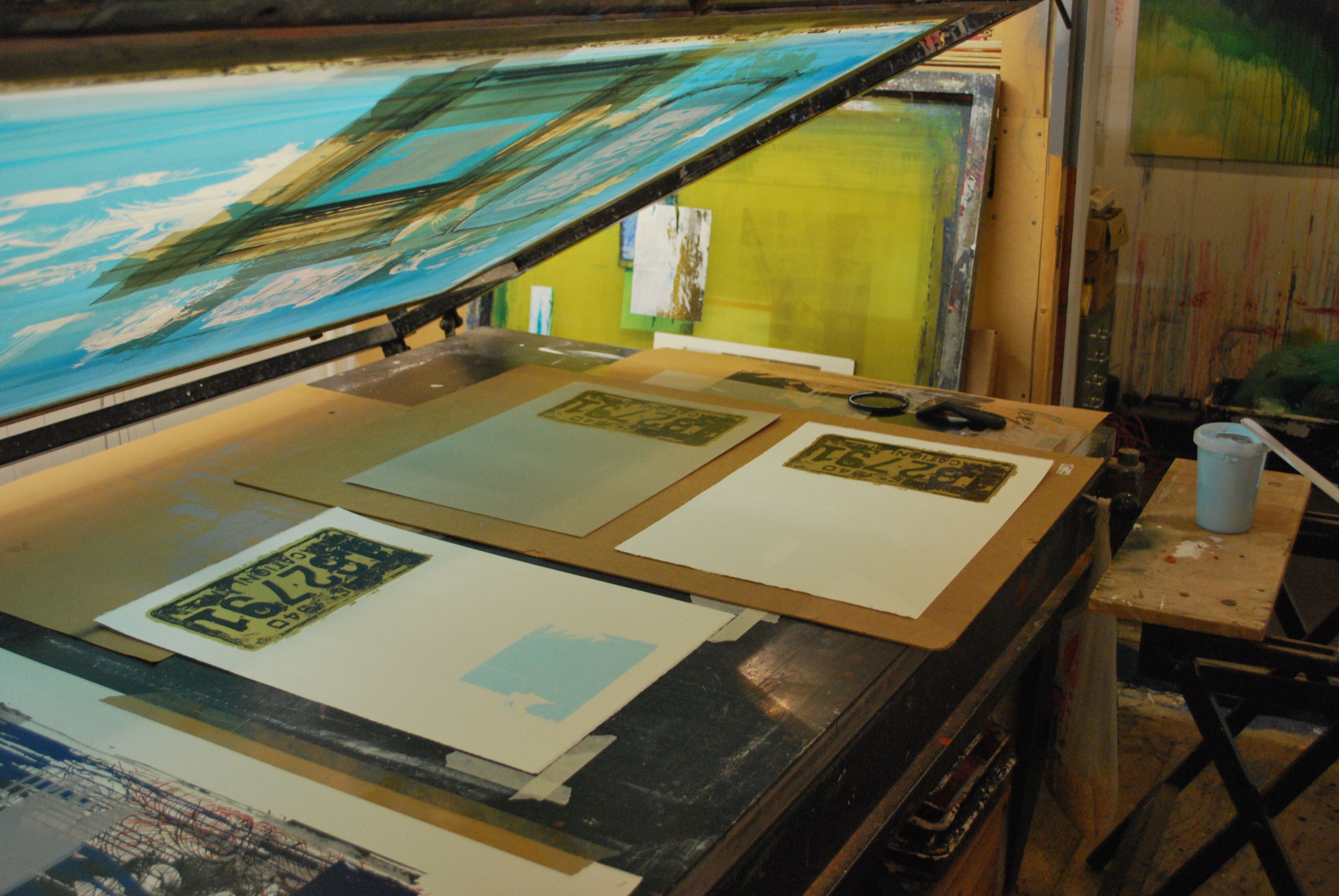