Ahead of his jewellery launch in Bristol of Twenty-Third C this month, we caught up with the brains behind it, Nik Hill to find out more about the collection, the working process and how he reached this point.

So Nik, to start I’d like to ask you how the idea came to fruition, where did the inspiration come from to move from on screen as a motion designer out to ‘the fourth dimension’

It’s funny because I’ve spoken to a bunch of people who’ve asked how I’ve moved from motion design to jewellery, but for me it all falls into the same remit – being a designer. That and a ‘3D guy’. Twenty Third C came about because I wanted to learn some new skills/techniques. I’ve been a motion designer for a few years now and worked on some decent films, but the projects are always really fast paced and don’t allow a lot of time for deep technical exploration. So I’d go home every night and practice ZBrush – a digital sculpting application. I’d always had a vision of building something, just wasn’t sure exactly what and now when I look back, it all makes total sense. When I’m into something, I always like to have a go at making it myself, I love wearing rings and necklaces, so it was somewhat inevitable that I’d start to design and make my own.

A lot of people may know you as Nik iLL the artist behind the ‘Love The Leaf’ clothing brand back in the mid 2000s. Was moving back into fashion/streetwear something that has been a long time coming or just a happy coincidence?

I definitely see some parallels and I’m sure as the brand evolves those parallels will become more apparent, but moving back into fashion/streetwear wasn’t necessarily intentional. There’s been a bunch of stuff going on in the world recently, perpetuating racial and gender stereotypes, general division and media hypocrisy and I really wanted to shift my skills into something that promoted love and acceptance. Jewellery is used to define yourself and your style or show someone how much they mean to you, so it felt like a great place to start. The thing with something product lead and fashion orientated is it offers many mediums to promote your message.

I’ve been yearning to pull all my interests and skills together and Twenty Third C is the product of that desire: a desire to create great work. It’s crazy how satisfying being creative feels when it’s for something you want to do. What I’m trying to say is, I wanted to converge all of my interests and create something that would become a vehicle for positive change. 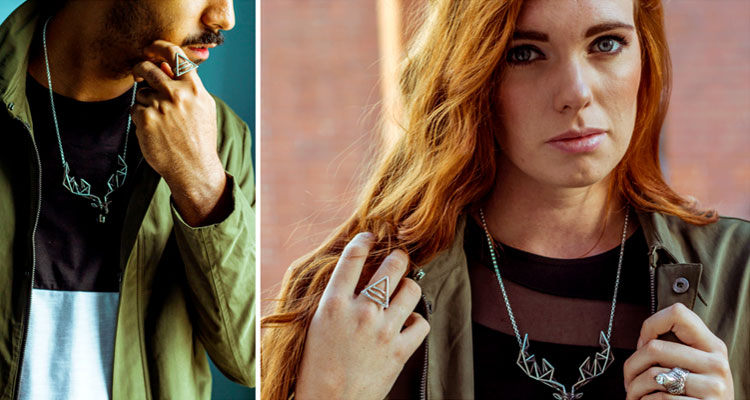 Back in the Nik iLL days, your work always had a fluid style to it, in some ways the structure of your recent work is very rigid and geometric. Are there any parallels between your style then and your style now, or is this a completely new direction for you entirely?

When I was in uni, my tutor told me to reinvent myself and doing so led me to great things. I’m a firm believer in switching things up and since exploring motion graphics and 3D design, I’ve become somewhat obsessed with geometry and structure. That said, the animal line of Twenty Third C draws a lot of parallels from my illustration style. When I sculpt those pieces I’m essentially drawing in 3D space. In time I believe the two will converge even more and I’m exploring techniques to make much more fluid and organic pieces of jewellery. It’s just a time thing ultimately. It will happen.

You’ve done a lot of work for the film industry, including working on ‘Guardians Of The Galaxy’ – is the process of creating designs for that industry and Twenty Third C very different, or are there a lot of the same techniques at play?

The techniques are super different; they come somewhat from the same world but are applied to different contexts. Conceptually, Twenty Third C was a blank canvas, so there was scope to build whatever I pleased. With film work, you’re designing somewhat blind. Sometimes you read the script, or you have a sense of the world it has to exist in, then design based off of a gut feeling. From a technical point of view, designing for film is mainly a 2D design and animation task, with some 3D support. So to begin, you design some vectors in Adobe Illustrator, which will form the UI (user interface) and create a 3D ‘hero’ asset in Cinema4D. With Twenty Third C, the 3D design process goes a lot deeper, especially given that you’re making a model that has to adhere to specific manufacturing guidelines and scales that vary depending on what material you’re ultimately having the model made in.

Talk us through the steps of creating bespoke jewellery for a client – is there a lot of back and fourth within the design process?

The first step is coming up with the idea. Sometimes it’s the client who has the idea, sometimes you have a blank canvas. Either way, the collaboration process and openness I’ve experienced so far is amazing. Really enjoyable and definitely a side to Twenty Third C I’d love to build out more. Once we’ve got the concept, I’ll start to model it in Cinema4D and ZBrush, keeping the client up to date with images and videos of what’s being sculpted. I usually then get a prototype printed in plastic to test the proportions and fit. If the fit is good, then we’ll send it to print in their desired material. As for the design process, it’s pretty seamless. Often when people come to you for a commission they trust that you know what you’re doing. So far my experience has been that most of time is spent getting the fit and proportions right. 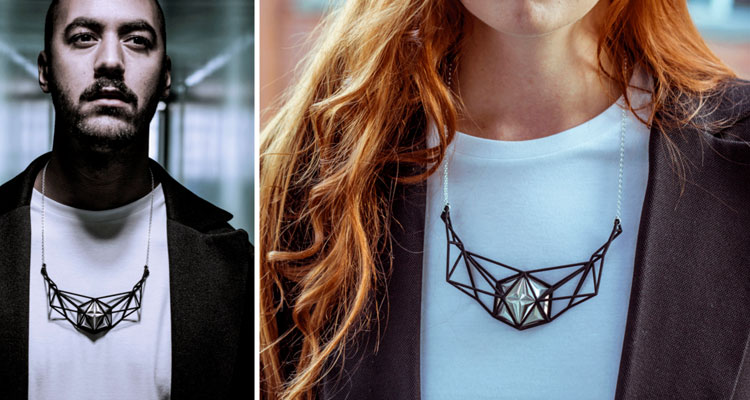 How are you looking to develop the brand in the near future, are there any advances in the technology you are excited about trying out?

I really want to do more pop up style exhibitions around the country, then the globe. The aim is to create a canvas and run of art prints to accompany every piece of jewellery and then ultimately build out the brand. Maybe homeware, maybe clothing.

Do you intend for the designs to be unisex from the off, or does this get decided once the design comes together?

Katie (my girlfriend) and I have always worn each others jewellery. That’s partly where the idea for non gendered jewellery came from. I believe there is a huge crossover in taste between men and women. The only difference on average is the size, although that’s not strictly correct. You get small guys, small girls and big ones too. It felt right to push a brand that decides to categorise its products differently. From a design point of view, I create pieces that are based on simple relatable ideas, but executed in an abstract manner. Gender doesn’t come in to it.

Which is your favourite piece in the collection?

Hedron’s Cage is my favourite. It’s based on the idea of a protective cage guarding its precious interior. The core is also interchangeable too which allows you to switch up your look. 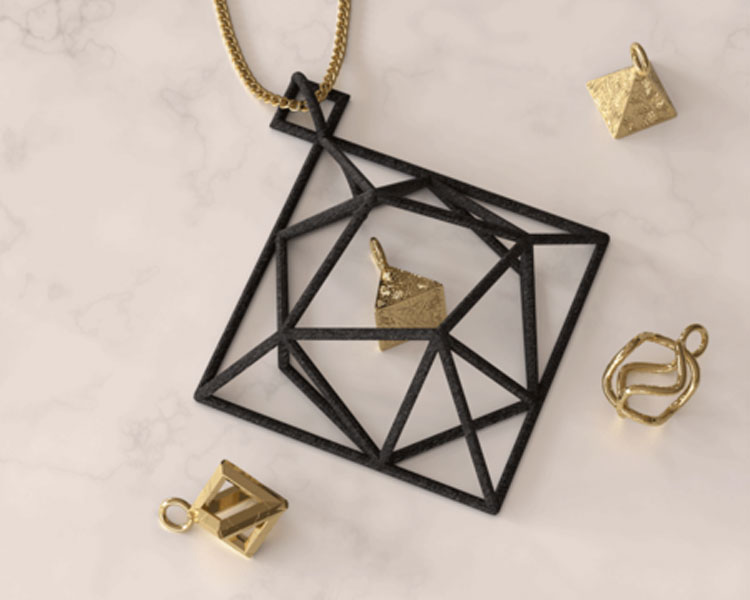 You can find out more about Twenty Third C, meet with Nik in person and view some of the stunning pieces from the collection at The Square this coming Wednesday 16th November.