In 2013 Jon Beardmore, 38 and frustrated with his 9-5 career, made a decision that would change his life forever, and set out on an extradordinary journey.

Tonight, Jon will speak on his nine-month solo overland expedition across Central Asia in a 20-year-old Landcruiser called Boris with only his mascot Kiwi Ted for company. He set off with one burning question in mind – is Central Asia really as dangerous as we’re led to believe? 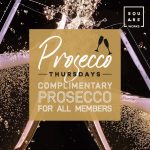